The Official Buick Air-Intake Write-Up As Performed By Ryan 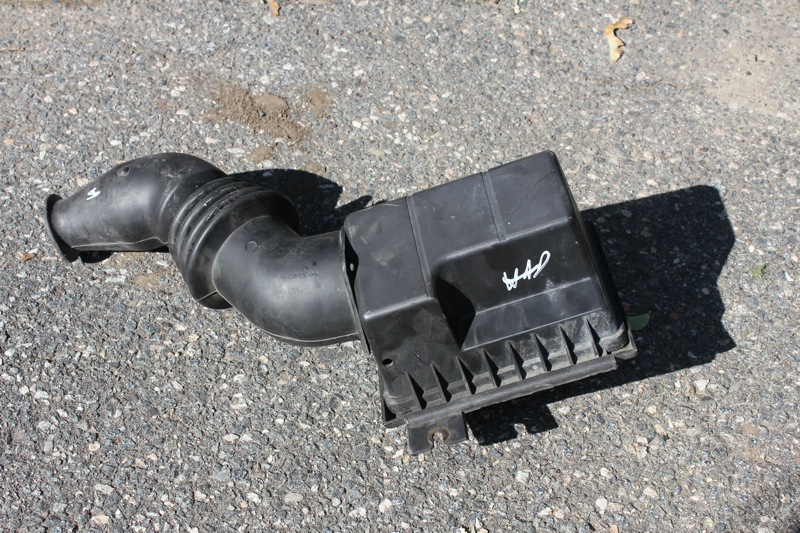 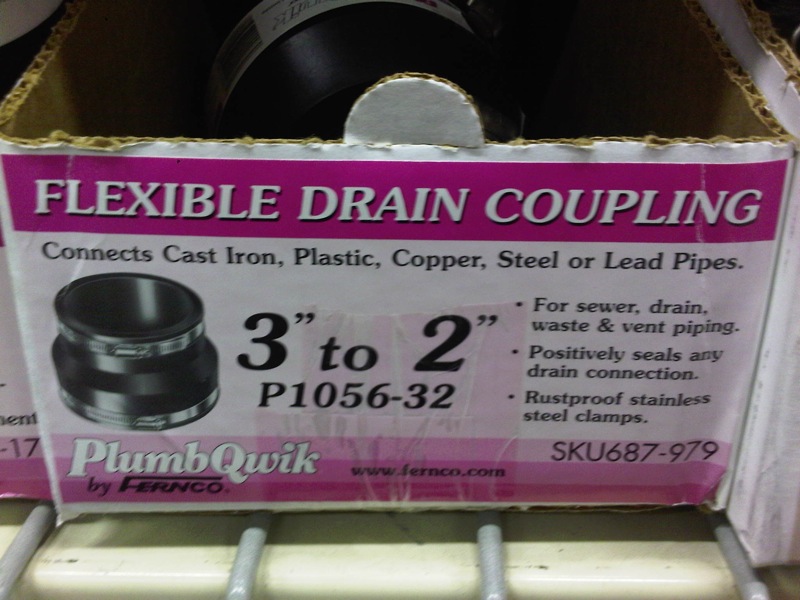 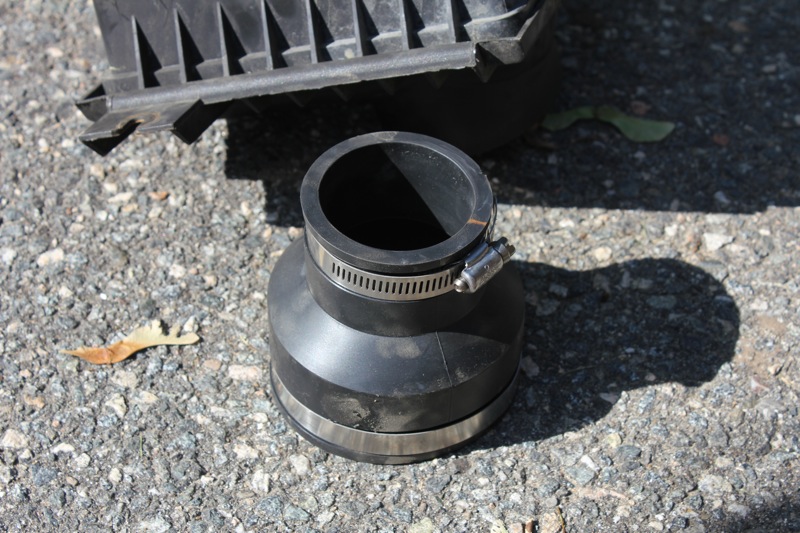 that connect it to the fender flare. Keep an eye out, as there are nuts on the other side of the bolts that will fall on the ground. Might be helpful to just grab them before they fall and get lost. I sprayed mine with PB earlier this week to make the whole removal process a little easier. Once you've got the bolts removed, unscrew the pipe clamp that connects the intake hose to the air box. At this point, you can remove the stock box entirely. 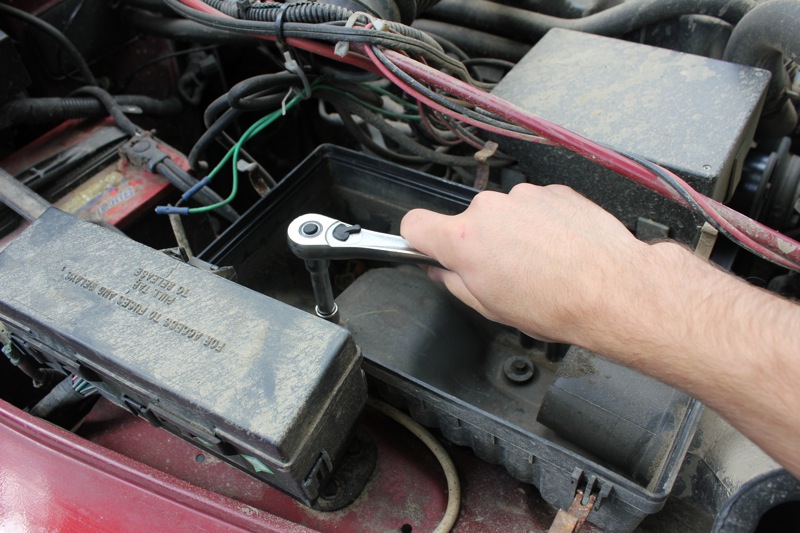 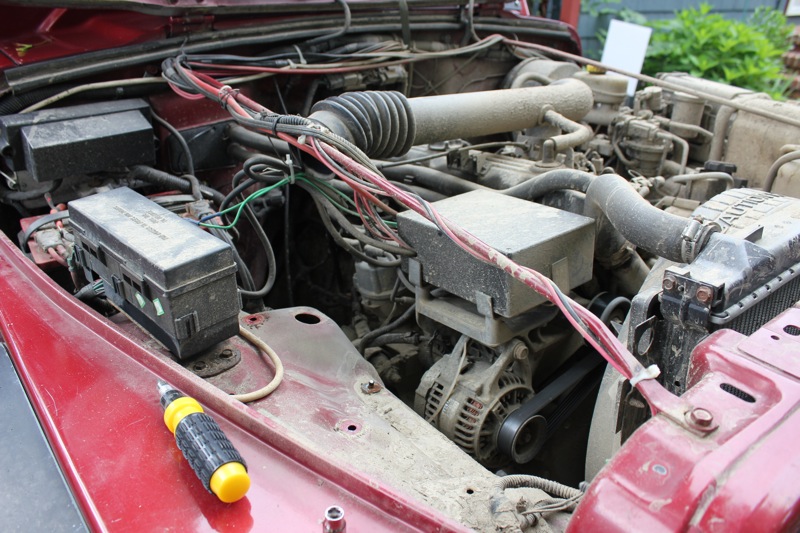 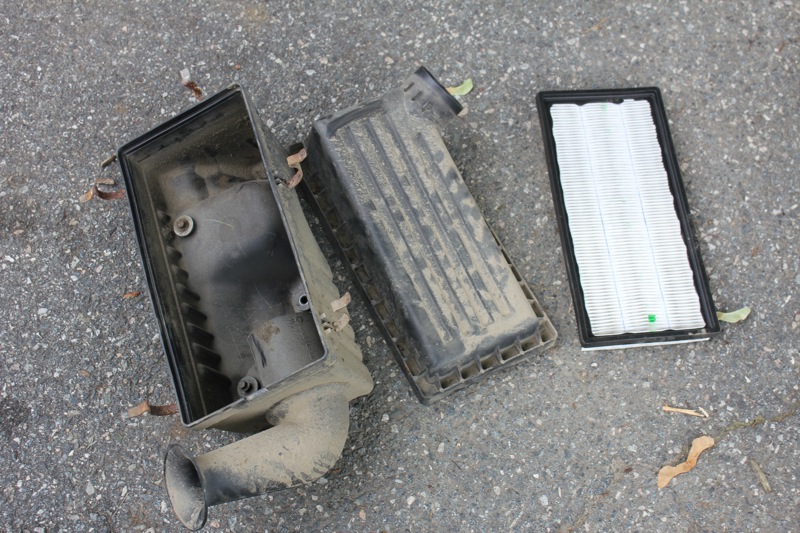 3) At this point, you can remove the hose that runs across the engine bay. There is another pipe clamp above the throttle body that will need to be loosened, and the hose that goes into the valve cover. Pretty simple rubber hose to just pull off. Then the whole pipe can be removed. 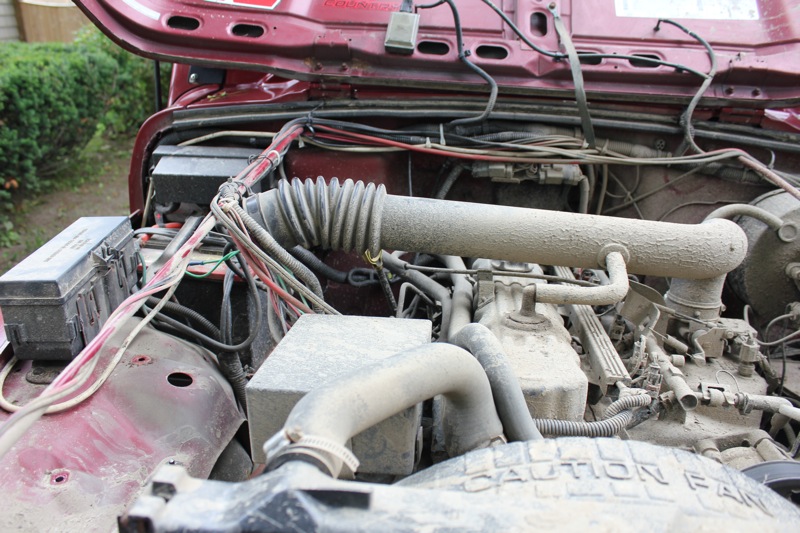 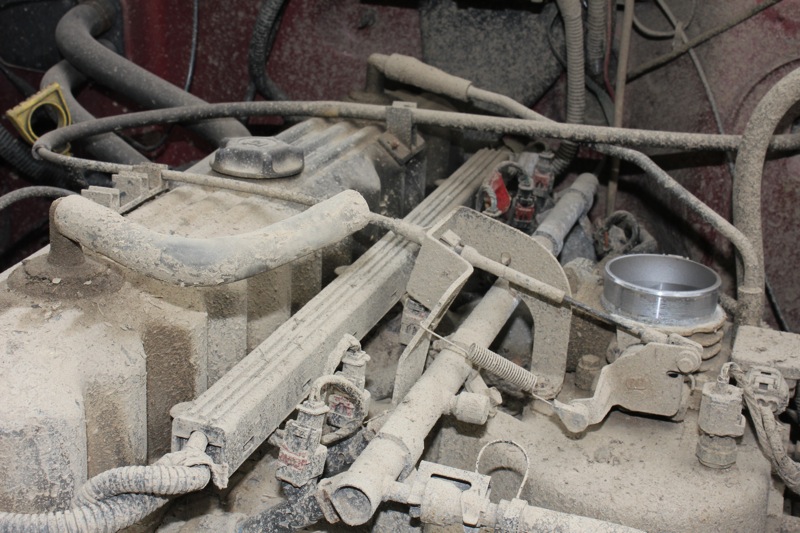 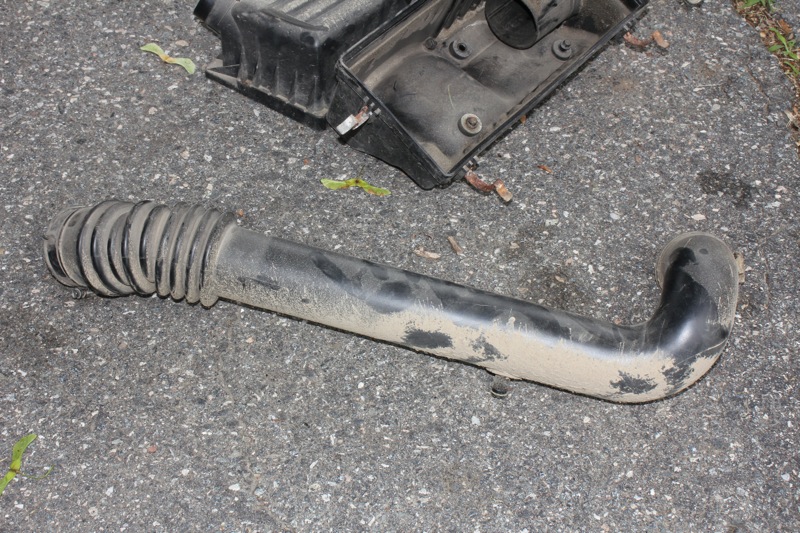 4) The next step is trimming and fitting all of the pieces together. I used my dremel with a sanding attachment to widen up the hose ends of the adapter, as well as grind down the tubing that goes across the engine bay. I also cut off the tabs and raised plastic portions of the Buick box so that the adapter would fit over it smoothly. The smell of melting rubber sucks. Also- wear eye protection... I got a piece of molten rubber flung at my eye and it sucked. This whole process is a trial and error to see what fits. When you've got everything fitted, crank down the pipe clamps to make everything secure. 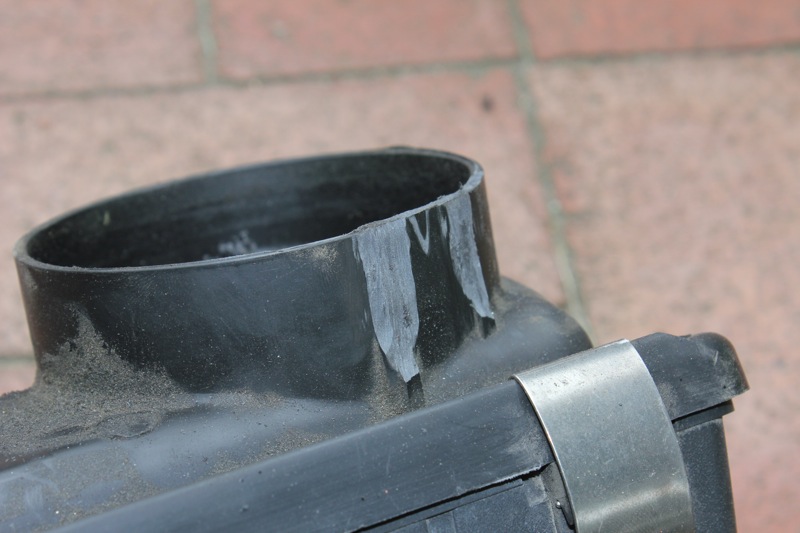 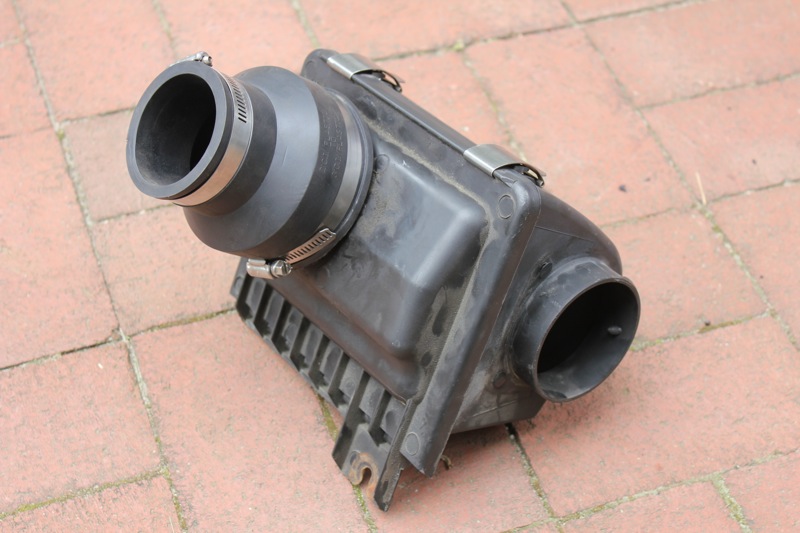 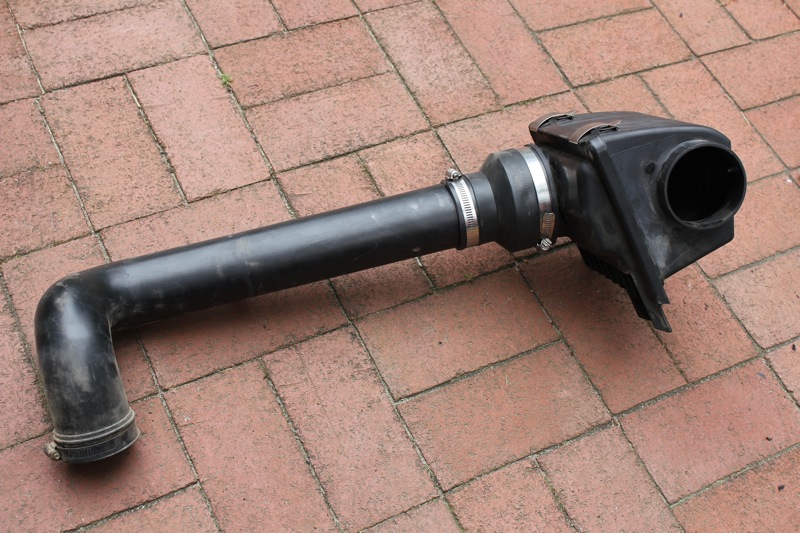 5) Once you've got everything tightened down and cleaned up (no need to have rubber bits sucked into the engine) you can fit it back over the throttle body and re-attach the hoses. I had trimmed about 3" off of the engine-spanning intake hose in order to bring the Buick box further center and avoid the support beams that span the engine bay. The official Jeep-Forum write up shows a metal bracket that the guy built in order to support the passenger side of the new intake. Unfortunately the bolt he used was pretttty tight for me, and I wasn't going to bust a knuckle with it since the fenders will be off soon giving me plenty of opportunity to screw with that stuff. I ziptied the intake opening to the support beam thing, and it is extremely secure. I also pulled the intake angle hose off of the stock box and fit it into the Buick box just to give the hose a little upwards angle. Should function well, and I will eventually mold the two together with some form of high-temp flame. In the meantime, it's not going anywhere.

At this point it's also worth replacing the air filter since the junk yard one probably hasn't been touched in a decade. I didn't know exactly what year my box was, so I brought the old filter to AutoZone (you should have seen the sales kid's reaction when I told him I didn't know what year or model it was for.... as if people can't color outside the f*****g lines....) and there's now an image below with a model number so I will never have that problem again. Also note the color difference in the old vs. new filters! 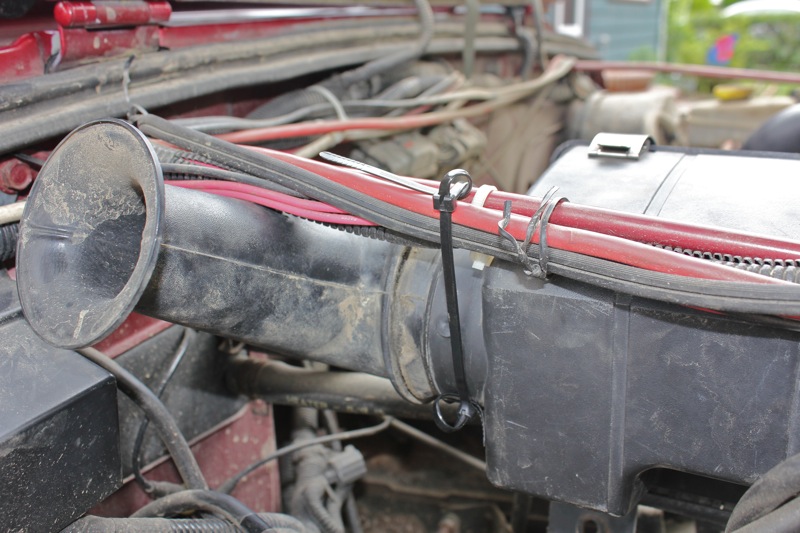 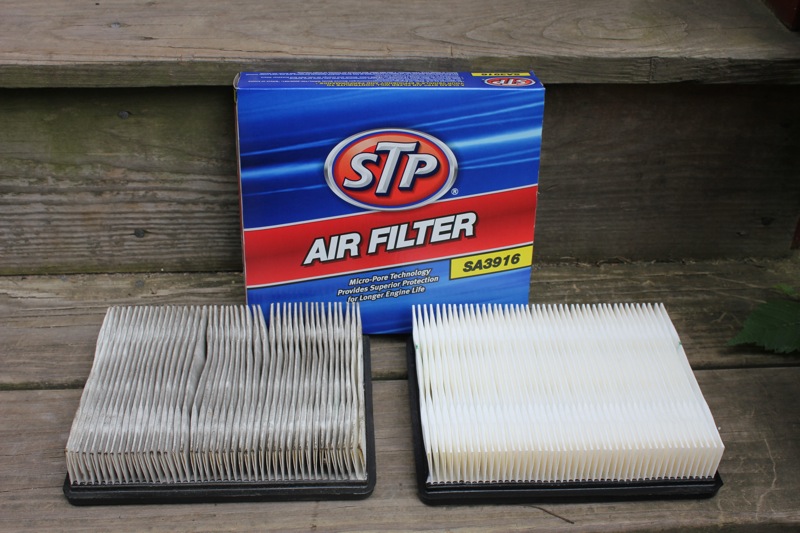 So that's pretty much it. Below are a few shots of the engine bay, before and after. For the $35 it cost to do this, I'm pretty happy. Eventually I'll build that bracket. Good news is that the Jeep sat in the driveway idling for about 20 minutes and seemed happy temperature wise and everything. I put my ear next to the air intake and it was happily breathing fresh air. Hopefully this success continues on.

Any questions? Ask away. 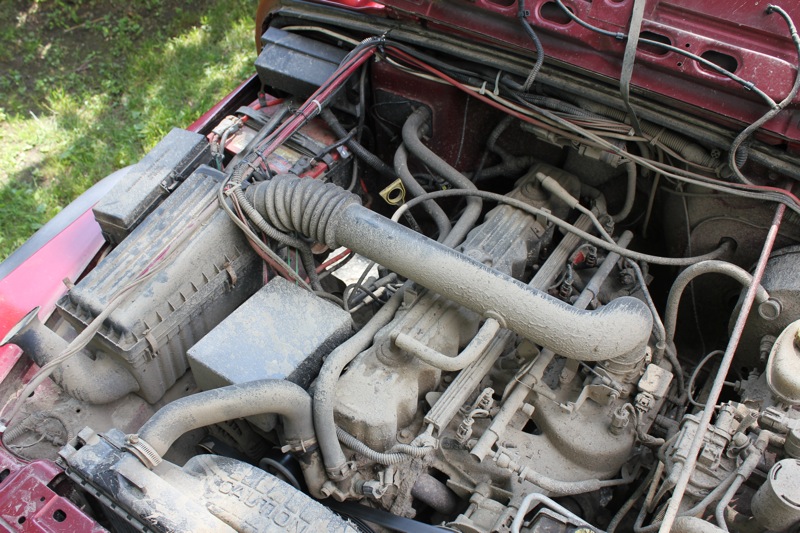 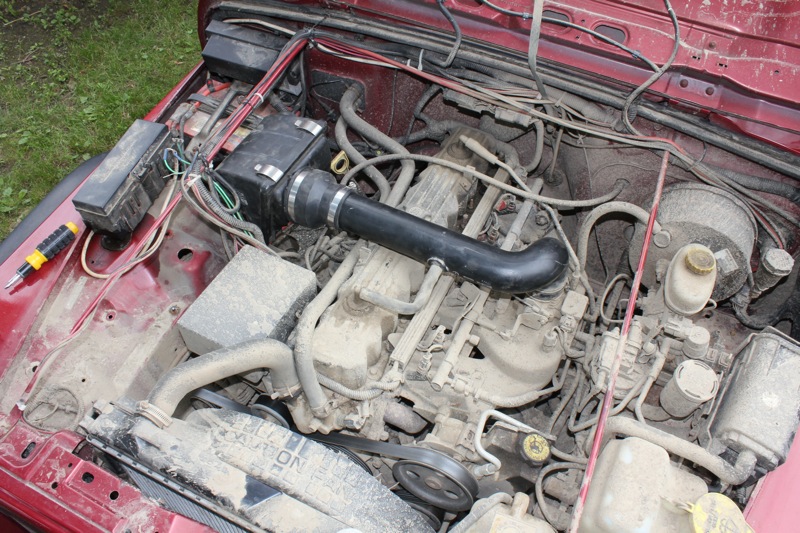 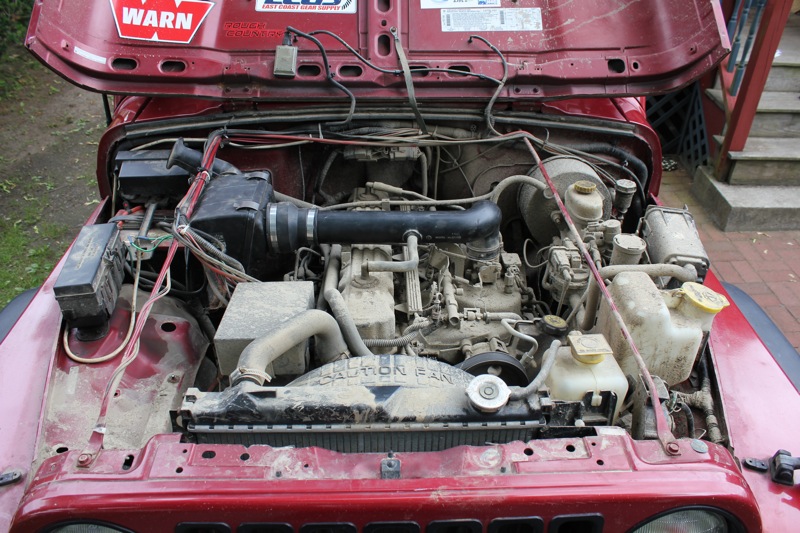 How much did Holland's end up charging you for the airbox?

CrawlingForward wrote:How much did Holland's end up charging you for the airbox?

Nice mod. That would probably work perfect for anyone running a homebrew OBA setup