Having grinding / binding noises, and leaks with my 1999's NP231 transfer case, I disassembled it and changed the RTV seals a few weeks ago. I messed around inside to try and see what was wrong inside the case itself, but it's been 6 years since I disassembled it last and I didn't see much wrong. In 2-HI it's fine, however in 4 WD it made awful noises and had no power to the wheels.... time to take it back apart and figure out what was wrong!

I picked up my new NP231 on Thursday of last week for $50. It's out of a 1989, which will come into play later. I stripped it down, removed what I didn't need, cleaned it out, and painted it. Not sure why, but just so it didn't look like cast aluminum anymore. On Saturday morning Rob came by and gave me a hand removing the old NP231 from under the TJ. This was infinitely easier with 2 people, as we each could work on a side in removing it. Once the unit was out from under the Jeep, we cracked it open and got to work on removing parts while the output housing was painted and drying.


An little while later we did a test-fit of the housing to make sure all was well before RTV, and realized that all in fact was not well at all. As it turns out, the shift fork on 231s was standard from 1984 or so until 1989, at which point it change from 1991 to 2006.... the 1989 TC that I picked up had a longer shift fork (by about an inch) than my 1999 unit. The length was enough to not allow the SYE output housing to sit flush against the TC rear case half. Unfortunately this stopped us in our tracks, as my '99 shift fork was absolutely demolished, due to the disintegration of pads at some point in recent days.... likely the cause of my noise problems.


I called the dealership and was informed that Chrysler actually discontinued the shift fork. Helpful. NAPA didn't stock it. Awesome. So I called Crown where the chain came from, and talked to my friend Kevin. He had one in stock for $40, but was closing for the long weekend... thankfully he's a friend and left it in the mailbox for me, so I could make the hour drive to their Canton, MA warehouse and pick it up at my leisure... aka 11 PM that night, with no traffic.


Rob came back over on Monday and helped me throw the case back together. Again, much easier with two people. We did run into a problem trying to adjust the Novak line, and I think I'll need to order a new shifter cable and shift bracket as it seems wallowed out and will not shift properly. That aside, the Jeep is capable of driving now without noise or issue, in 4HI. New rear DS should be delivered by week's end, so 2HI can be a thing. Due to the shift cable not functioning properly, the shifter position is not where it should be, and 4-LO is beyond the shifting ability of the lever, which is why I'll need to adjust the cable. Our attempts to do so yielded no success.


~3 quarts of 10w-30 into the tranny and ~1.75 of ATF into the TC and the Jeep was good to drive around the neighborhood a few times. The front locker wasn't happy with tighter turns, but once the rear DS is back in all should be well.


Thanks everyone for the input! Technically, hairline crack/new TC housing aside, this was a $120 project. $170 in total isn't bad at all. 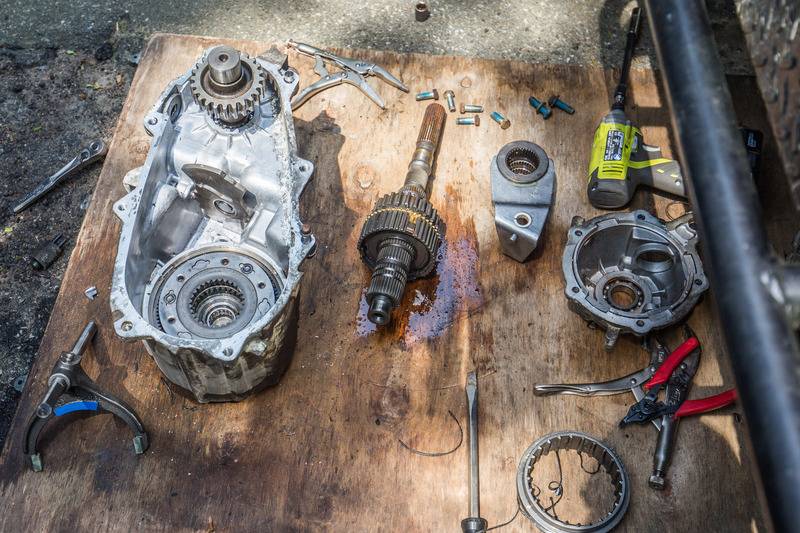 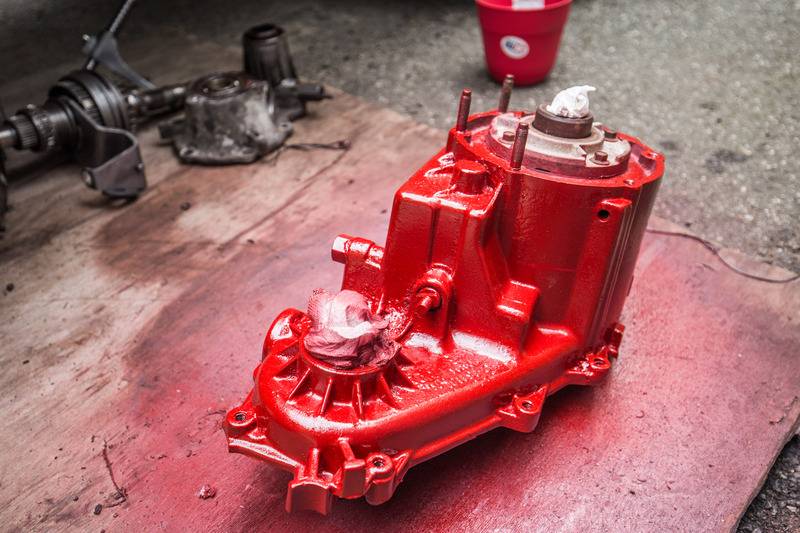 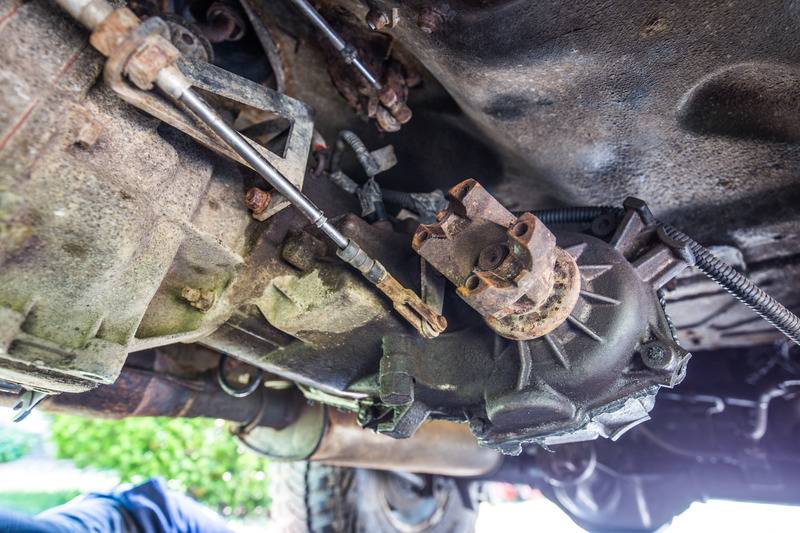 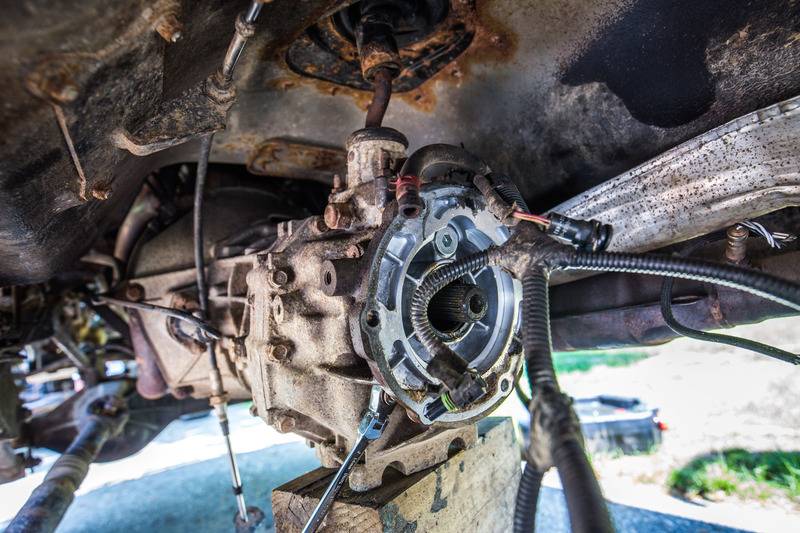 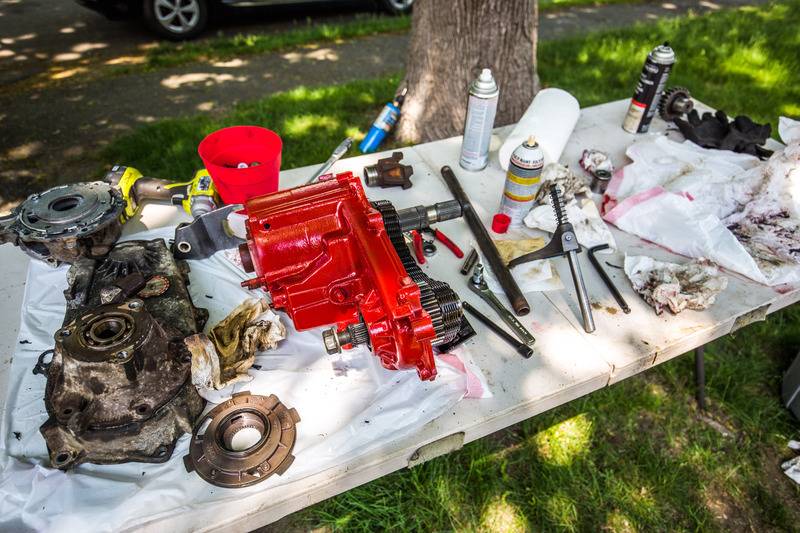 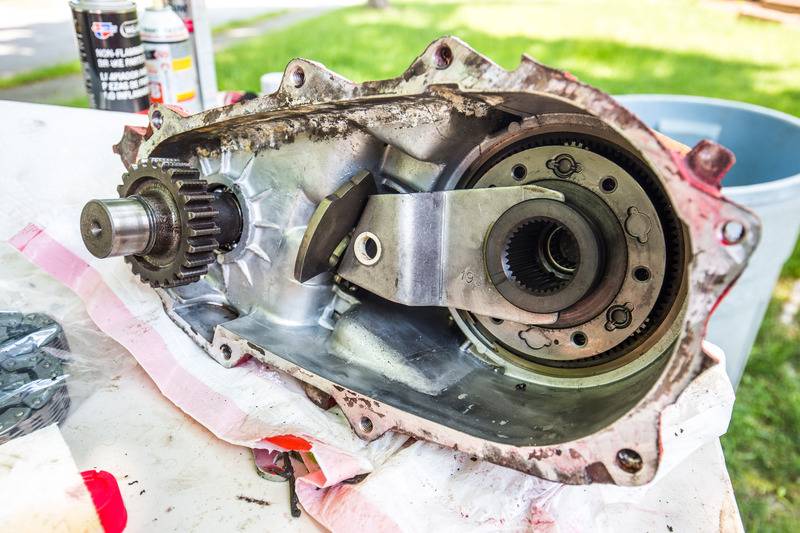 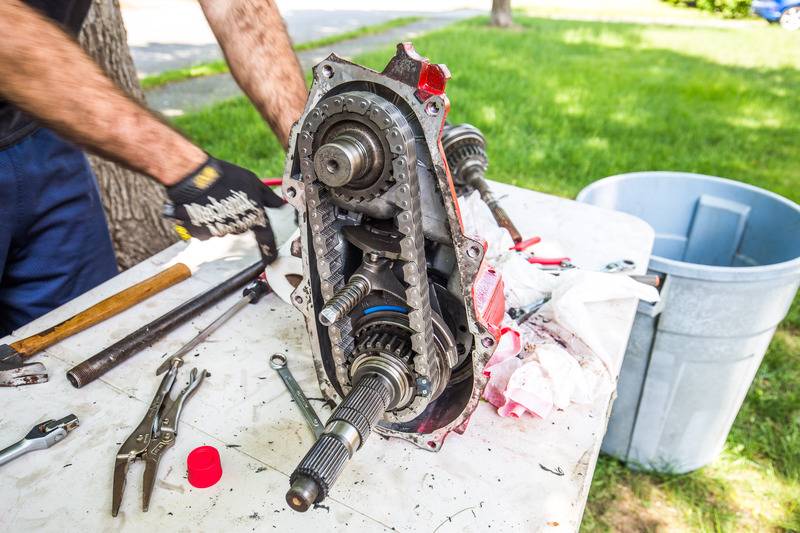 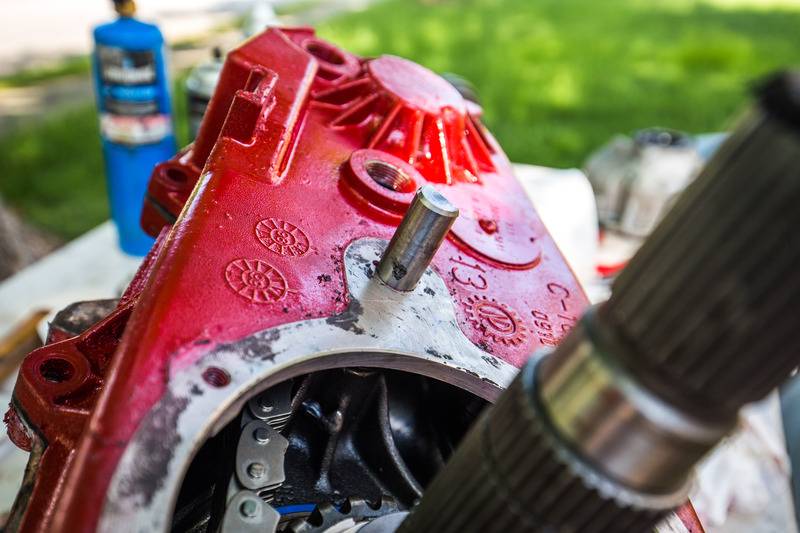 This is the bad pin length 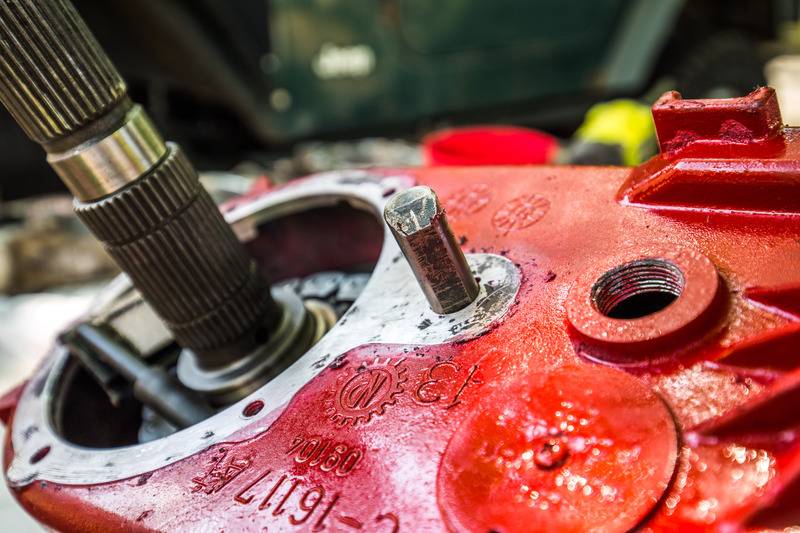 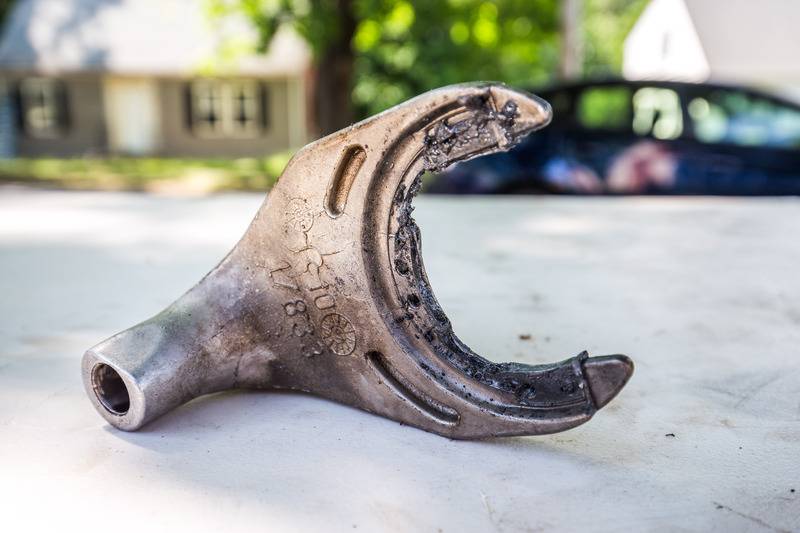 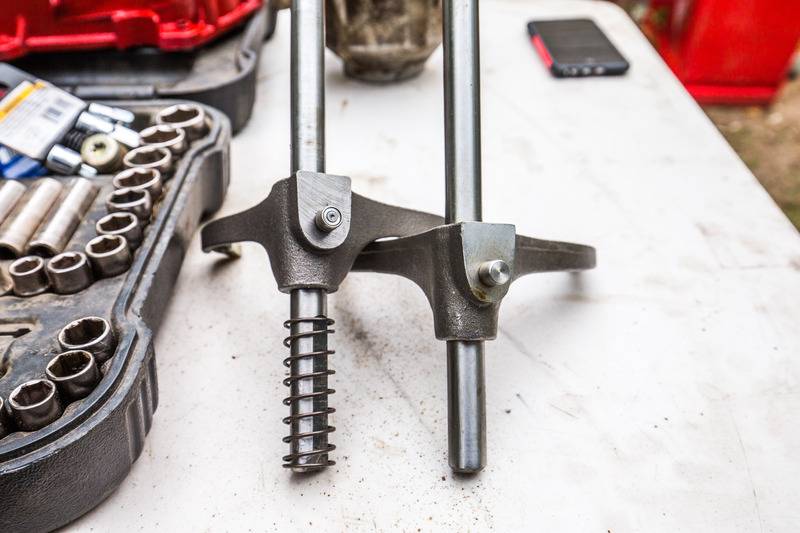 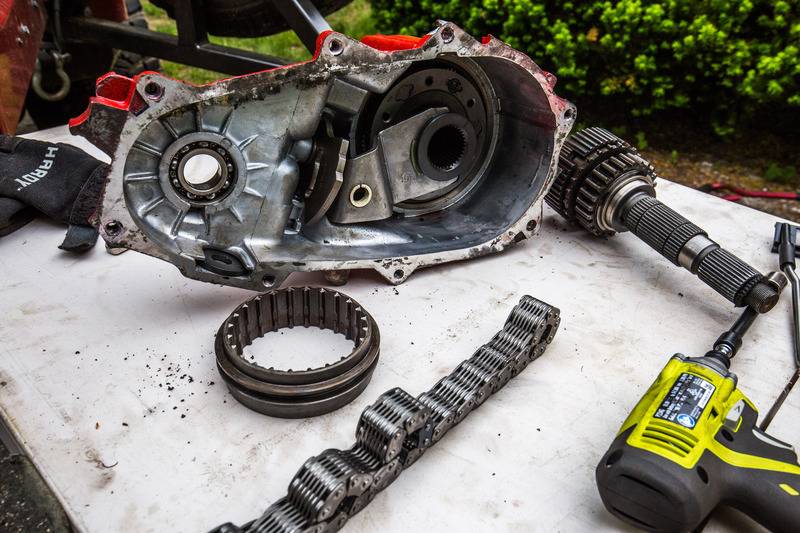 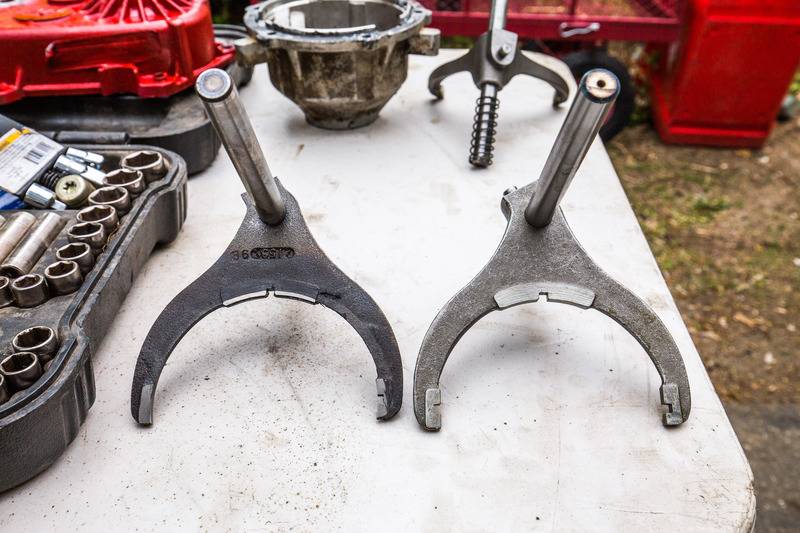 Old fork on the left... notice the lack of teeth for the fork pads... all worn down 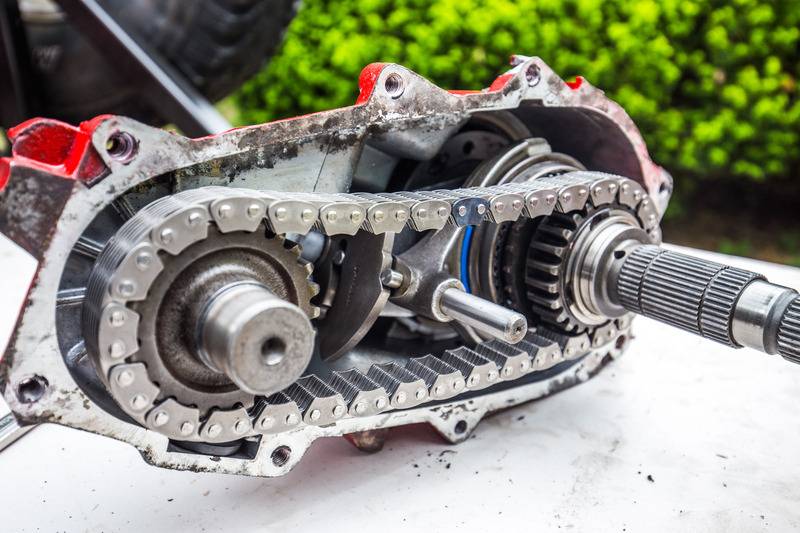 new chain is nice and tight 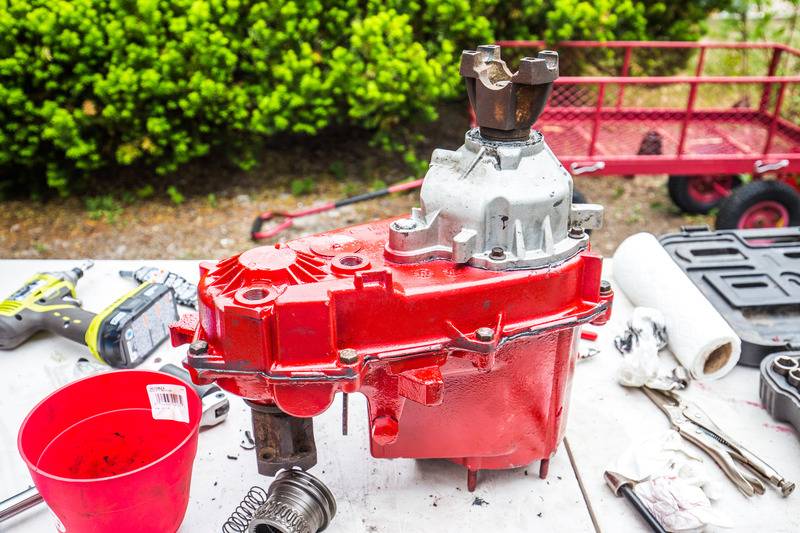 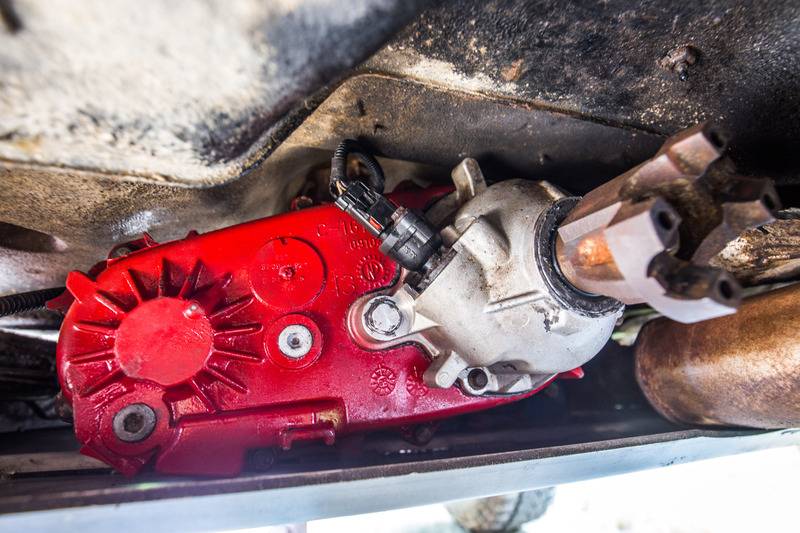 You're just lucky it was a holiday weekend for me.