Not much of a story, but thought it might be cool to throw it up in case someone runs into the same issue down the line.

Basically, I was stupid and wheeled with my bike carrier still on. Got pinned between a rock and a ledge and a steep angle and beat the crap out of it and bent it up pretty badly. 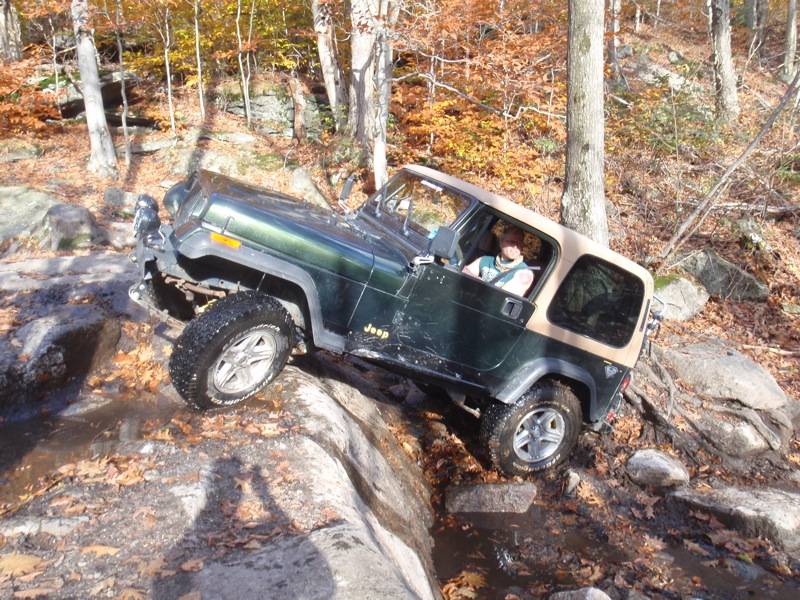 Shoot. It was originally a $200 carrier and I needed it to carry 2 bikes 3000 miles to Texas. So instead of buying a new one, I decided to fix the current one.

First I unscrewed the plastic facia to access the rivets holding the front plate to the frame. Then I ground off the rivets to remove the mounting plate and used a cut-off wheel to cut out the bent/structurally compromised sections where it got bent.

Next I used the tube section of the front of my frame to hold steady the bent frame to bend it back. Not only bent in, but also twisted, which made being able to stabilize it essential. (It's surprisingly thick steel.)

Lastly, I had to use a large set of pliers to re-round the pipes (the bending had elongated the pipes).

Next I bought a couple 12" section of galvanized pipes from Lowes and cut off the threaded ends and used them to sleeve the pieces of the frame.

Below: all mocked up!

Finally, I brought it to AW Fab and my friend Keith who welded the whole thing up, stronger than ever before! A little overkill, perhaps, but super strong now!

At some point I'll clean it up with a grinder and maybe prime/paint it, but I'm not worried about it in the meantime.

It's a darn good thing that the bike wasn't on there!

That looks good. Just got a similar Yakima carrier for my rig.