As some of you may remember from the April club run, my TPS was slowly dying. Well I made it through that day okay, and made it home without a problem. I drove the TJ yesterday for about the first time (maybe 2nd) since the club run. I was up in Georgetown MA and as I was getting off the highway and merging onto 133, I lost all power. The Jeep was sputtering and jerking as I tried to accelerate... it felt like I was on one of those bull-riding games at the bars down south.

When I pulled into the NAPA parking lot to try and quickly buy a new one, I found out they were closed on Sundays. Before that could even happen though, the Jeep died while idling. RPMs dropped to about 2-300 RPM and then it just shut off. PAIN IN THE ASS!!!!!!

So this morning I ordered a new TPS from RockAuto for $26 with shipping (after my 10% off coupon!) so it should be here in time to be installed before Topless day on Saturday. Write up to come! 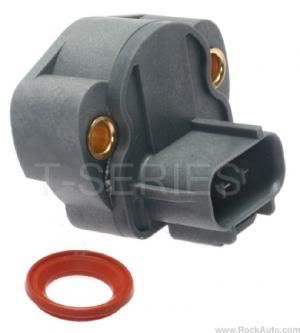 Gotta love it when you are in a jam and the store you stop at is closed, sounded like a fun ride you had. Good luck with the install!

Amills60 wrote:Gotta love it when you are in a jam and the store you stop at is closed, sounded like a fun ride you had. Good luck with the install!

Or, even better, they're out of stock. The counter guy may as well just punch you in the gut.

Hope you make it to Foxboro Ryan, this event sounds awesome. 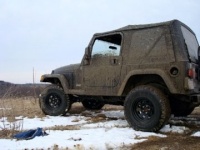 So I finally got around to replacing the part at 3 AM on Saturday morning (only 5 hours before National Jeep Topless Day!) but it went very smoothly, especially because I had sprayed the screws with PB Blaster about a week ago and then hit them again just a few days ago as well to try and convince them that it was in their best interest to want to back out of the throttle body.

Anyway, here's a mini write up:

So first, lets locate the Throttle Position Sensor. It's right on the side of the Throttle Body, and has a harness connecting it to the engine computer. After removing the computer harness and securing it out of the way, we can begin backing out the long torx bolts that hold it into place. 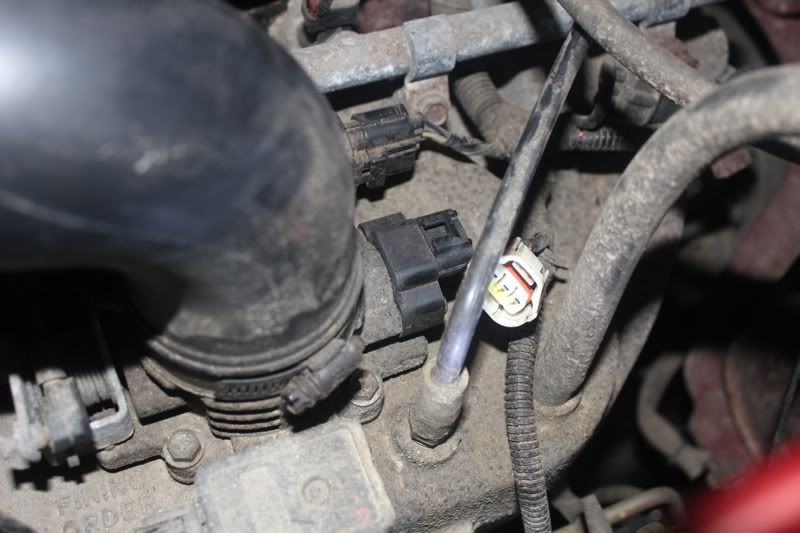 There are two of the torx screws. They were sent from the factory with Loc-Tite on the end, so be prepared to fight a little. This can be a pain in the ass since there isnt a lot of room due to the wires and parts so closely near by that get in the way. The drivers side of the two screws might require use of the aforementioned socket extension just to get out of the way a little. 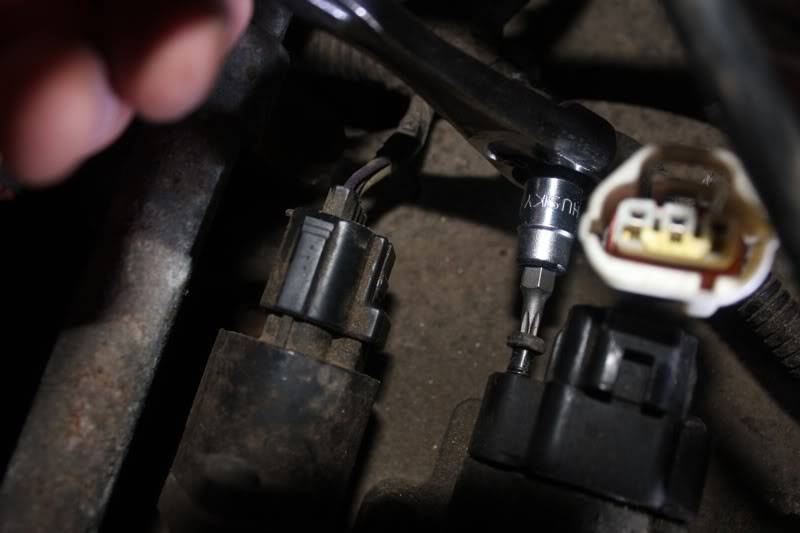 After both screws are out, you will be able to remove the TPS from the Throttle Body. It may take a little force, but it's a plastic piece so it should not be too difficult. Be sure to not lose the screws. At this point you can put it next to the new one and marvel at what little damage 13 years does to a piece of plastic, compared to a 13 year old part of steel or aluminum on the same Jeep. 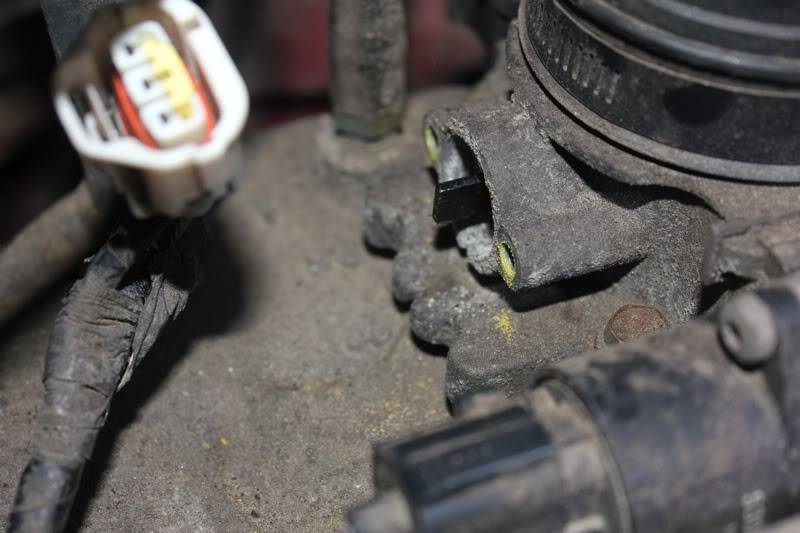 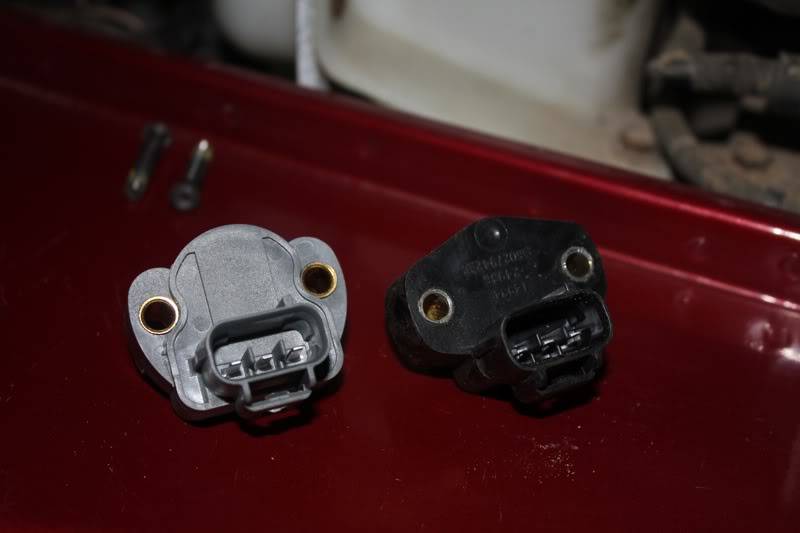 The next step is to secure the gasket around the front of the TPS. Mine was blue. From there, you re-align the TPS with the TB, and screw it back in place. Be sure to note that it may take some slight off-camber positioning in order to get it onto the throttle body. Be gentle but move it around a bit to get it on there. Also make sure that the screws are nice and tight, and that there are no gaps between the TPS and the throttle body. After that, reconnect the harness and put away your tools...... The Jeep is back in service! 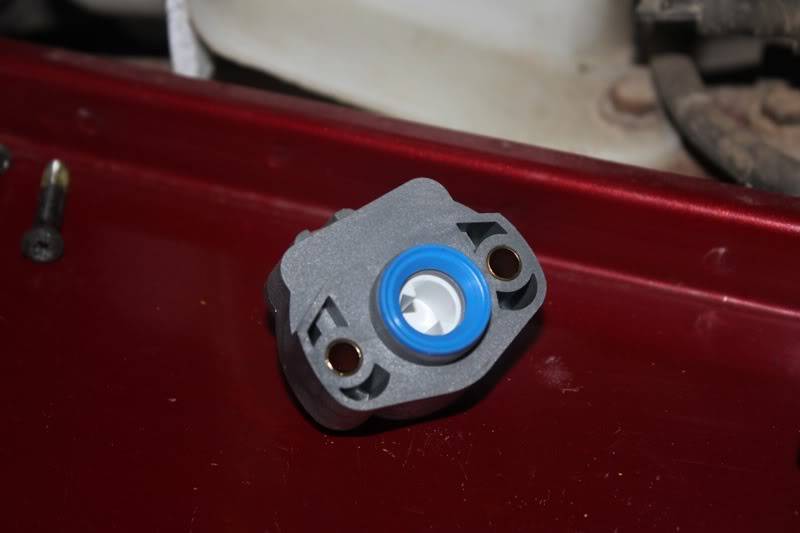 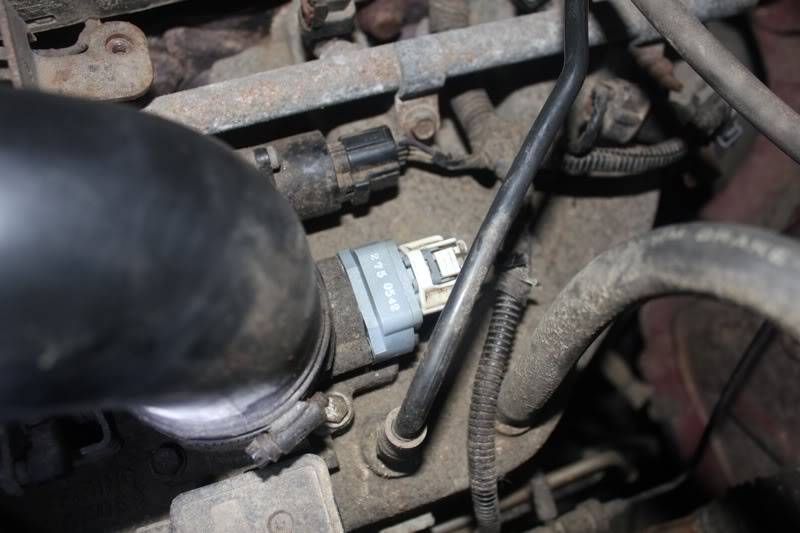