I decided to install a fire extinguisher in the TJ this past fall. I didn't want one that was overly obtrusive, so I selected a 2.5lb Kidde FA110 fire extinguisher from Wal-Mart for $17.00. It came with it's own small plastic mount that would be great for a kitchen, but was not suited for a Jeep. I went online and found the mount I wanted with the metal quick release bracket for $5 from an industrial supply store. $4 shipping made it a great deal and it arrived here 2 days after being ordered.

With supplies in hand, I began looking around for where I wanted to mount it within the TJ. Most people I've seen put them on the roll bars, which seemed fine but then I couldn't find a place on any of the cage that allowed it to stay there without being in the way of the soft top frame, or anything else. I looked at mounting it behind the center console, but the lid wouldn't open up all the way without hitting the top of the extinguisher so that wasn't going to be an option. I finally decided to mount it on the floor pan in front of the drivers seat. While contemplating drilling into the tub I noticed that the bolts holding down the front of the driver's seat were perfectly positioned for what I wanted.

Long story short I took 2 feet of 1" steel bar and about a half hour later and I had a bracket. The fixture has 2x 5" arms that bolt to the seat bracket and bend down with the pan. There is then a bar across the two arms that allow for the extinguisher mount to be attached. The arms are fixed to the bar with rivets, and the mount is attached to the bar with small machine screws and nuts. I test fit it, and painted it black... After drying overnight I mounted it up.

Fire extinguisher is on there tightly. It's easily accessible by the driver in case of an emergency, and the seat is still able to slide forwards completely (my tumble function has been broken for years). Total cost was under $30 as the metal was scrap.

Hopefully this might help someone else who's looking for an accessible mount for cheap. 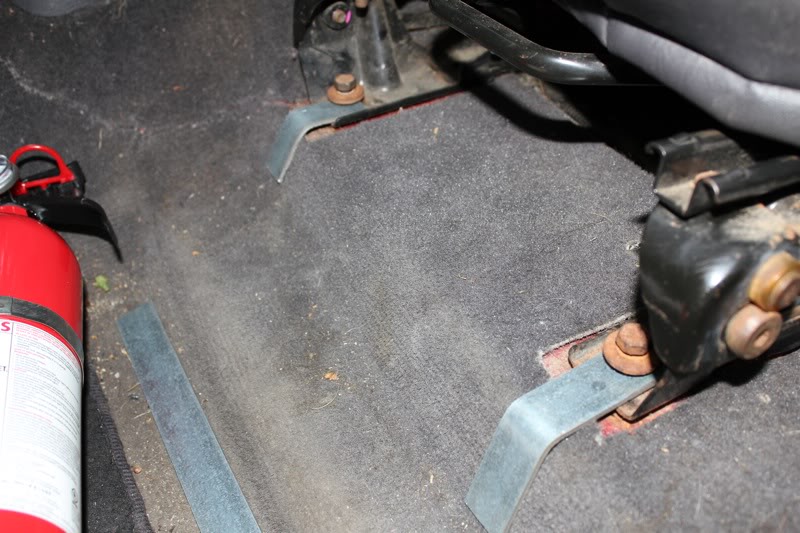 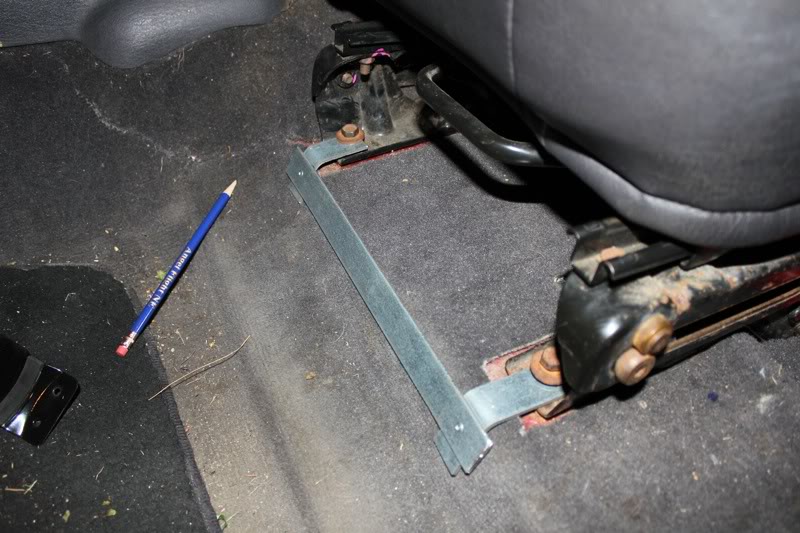 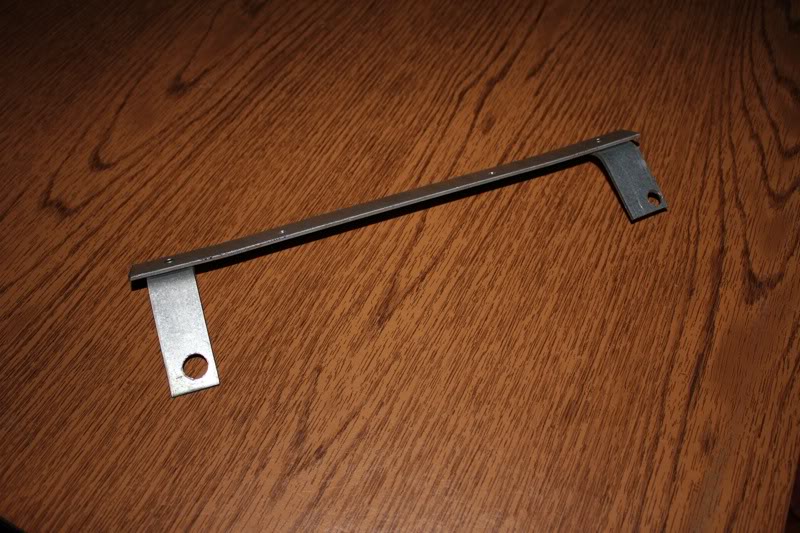 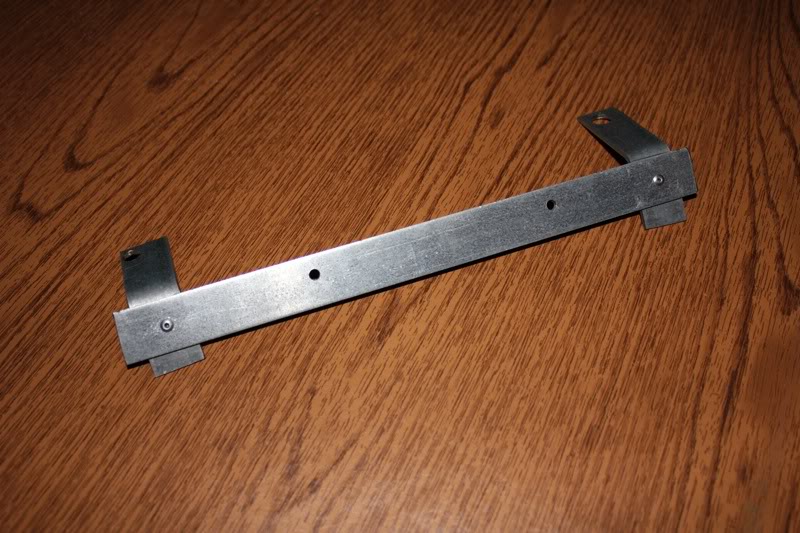 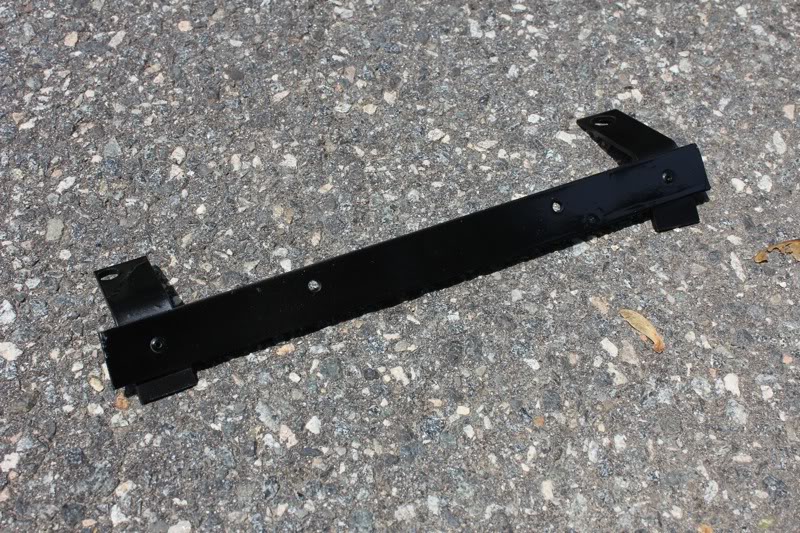 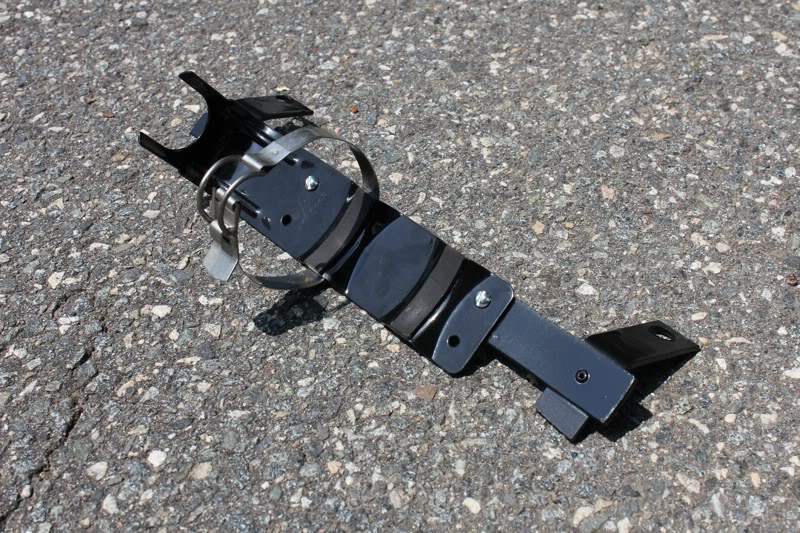 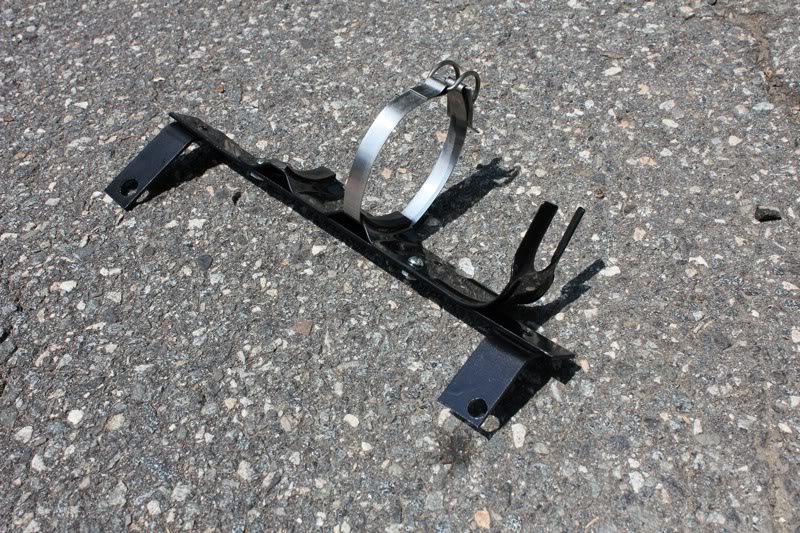 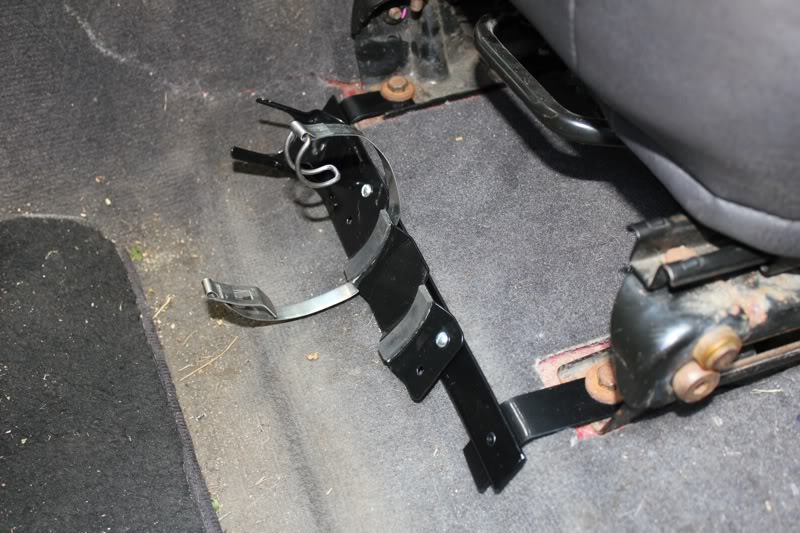 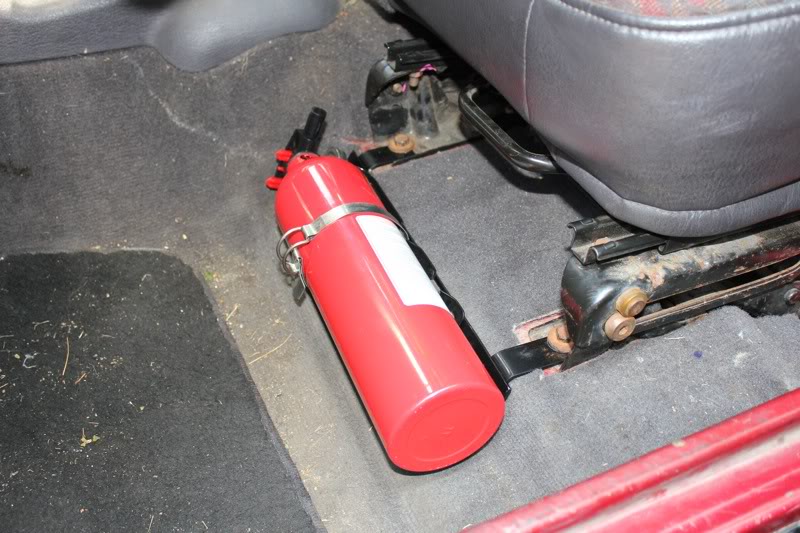