Ok so on to the installation process. There were a few snags along the way that I will go into more detail on. Hopefully the snags I ran into can be avoided by reading this write up.

Next apply PB Blaster liberally (this is the only acceptable instance of being liberal) on all of the 13mm hub bolts.

While waiting for the PB Blaster to do its thing, remove the drivers side tie rod and bungee cord out of the way. You will save yourself much cursing later on by doing this, so just do it.

Now go put another shot of PB Blaster on everything again then take some pics for your build thread.

Remove brakes and bungee cord calipers out of the way.

Make sure your steering wheel is unlocked to provide better access to the hub bolts. Get a BIG breaker bar and a 13mm 12 point socket and with even pressure break them loose. Then pop off the cotter pins and axle nut covers. Using the impact gun remove the 36mm axle nuts. Pull axles shafts and set aside.

Next prepare that piece of carboard or heavy paper by marking up/down/left/right orientation. You will be taping your bearing caps and bolts to this. They HAVE to go back in exactly the way they came out. Remove diff cover and let drain completely. Take a reference pic just in case. Remove bearing caps and tape each piece down before removing the next.

Next was the first snag I ran into. My carrier was in very tight. I tried a few methods and couldn't get it to budge. I took a break to gather myself and look up alternate means. I will take this time to advise you SLEEP before you work on your Jeep. I worked the night prior and should have known brain function would severely decrease at this point. Look at it just laughing at me!

I finally stopped being a sissy and put an 11/16" box end wrench on a ring gear bolt and rotated it up to the top off the diff housing. I then used a pry bar to rotate the front driveshaft until it spit the carrier out. This was unbelievably easy. I don't recommend any other method it was that easy. Oh and don't be a tired little sissy like me!!

Alright now we're in business! Make sure when pulling the carrier not to let it spit the bearing races on the ground. These cannot be damaged in any way. Also make sure not to get any debris into the bearing. This would be a good time to place some plastic wrap over them and place an elastic at the bottom to hold the wrap in place.

Bring the carrier to your work bench. You cleaned it before you started right!? If not now would be a good time. Get out your punch set, impact gun, and socket for ring gear bolts.

Drift roll pin from ring gear bolt side using a long 3/16" punch. My punch was just a bit short. After a little research I found that a 3/16" drill bit would nicely knock the roll pin out the last few taps. A word of caution now is a time to be a sissy. If you use a drill bit be very gentle. Drill bits by nature are easily shattered so just lightly tap. Next drif out the cross pin using the 1/4" punch. Now just remove the side/spider gears and make sure the thrust washer are attached to them. You MUST make sure the thrust washers are out with the Spartan.

Next follow the instructions that came with your Spartan locker to get everything in the carrier. This was literally the only time the instruction booklet was useful. I had no issues here and don't expect you will either.

Next put some blue locktite on the ring gear bolts. You already degreased them right!? Place the ring gear back on the carrier making sure to line up your reference marks. Put a few bolts on hand tight to hold the ring gear in place. Then put the rest in hand tight. Put the whole assembly in your vise and get ready for some fun.

I bough the cheapest vise I could find, which never works out well. I first torqued all the ring gear bolts down to 55ft/lbs in a cross hatch pattern. The vise worked great for this. Then I went up to 80ft/lbs to be right in the middle of the 70-90 factory recommendation. This is where the fun began. This particular vise has a swivel feature and it wanted to swivel at 80ft/lbs. The solution? Bear hug the carrier and vise while torquing it down of course! This was not a loving hug mind you!

Ok so thats done and the carrier is ready to go back in.

When putting the carrier back in make sure it seats evenly. I used a sturdy rubber mallet to accomplish this. Then place the bearing caps back on in the correct orientation and torque down to 60ft/lbs. Pop the diff cover back on and fill with high quality lube. Or in my case the cheapest shit you can find!

Next feed the shafts back in carefully, install unit bearings, torque 13mm 12 point bolts to 75ft/lbs, install axle nut to 175ft/lbs, put on axle nut cover and cotter pin, bolt on brakes. Then reinstall the tie rod and torque to 55ft/lbs and reinstall cotter pin. Bolt wheels back on, remove jack stands, and torque lug nuts.

Next on the agenda was a victory shower. Then some time at the park with the dogs who were patient enough through this whole process.

Finally a celebratory meal inspired by another Jeeper!

Well that's it. I hope you enjoyed my occasional attempt at humor and technical savvy. Good luck with your future installs.

The Greta reference was mandatory. That thread inspired my lazy self to do this write up.

I made sure to not the snags I ran into, as many write ups didn't seem to. If I can save someone a few mins of aggravation, I will be happy. 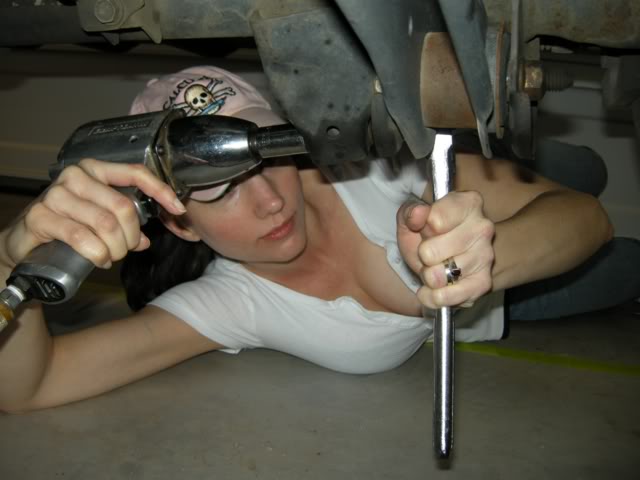 Anabelle would be proud.

Nice write up, you make it look so simple.
Whos Anabelle?

Its only the greatest thread in JF history is all! Thanks guys. I will try to do write ups for the Savvy Under Armor and DPG Super Ultimate install as well.

I'm hoping I can get a few of you in on these as the extra hands would be greatly appreciated. I never relaized how much more work was involved when doing a write up.

Next time you need help with something let me know. I'm just over the town line from and would be more than happy to assist.

Sounds good and be ready. I have A LOT of parts incoming!

We still good for a wrench day Tuesday?

No. Jenny is coming back from NY Monday night, so we will be busy. Come down on Monday or this afternoon. I will shoot you a text.